The Wabasso Public Library seeks to provide quality materials and services for the fulfillment and enrichment of educational, informational, cultural, and recreational needs for the community and its surrounding townships in an atmosphere that is welcoming, respectful, and businesslike.

The Library houses over 12,000 books, 2,000 DVDs, 900 audiobooks, 35 magazine titles, 4 public access computers, Free WiFi, and a multitude of other items available for loan. We also provide services for printing, scanning, copying, and faxing. We also offer a variety of adult and youth programs throughout the year.

The Wabasso Library also offers access to the collections of 26 other public libraries operating in the Plum Creek Library System (PCLS), which is a federated regional public library system that covers southwestern Minnesota. This region was the setting of Laura Ingalls Wilder's classic book “On the Banks of Plum Creek,” from which the System takes its name. The 26 member public libraries of PCLS share resources, programs, personnel and technical innovations. By working together as a team, the libraries of Plum Creek are able to achieve common goals as well as meet the needs of their individual communities. 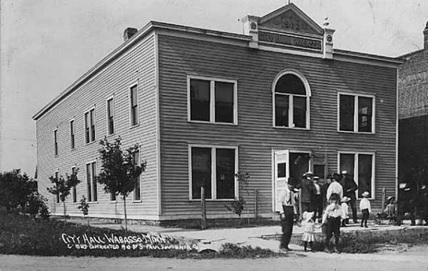 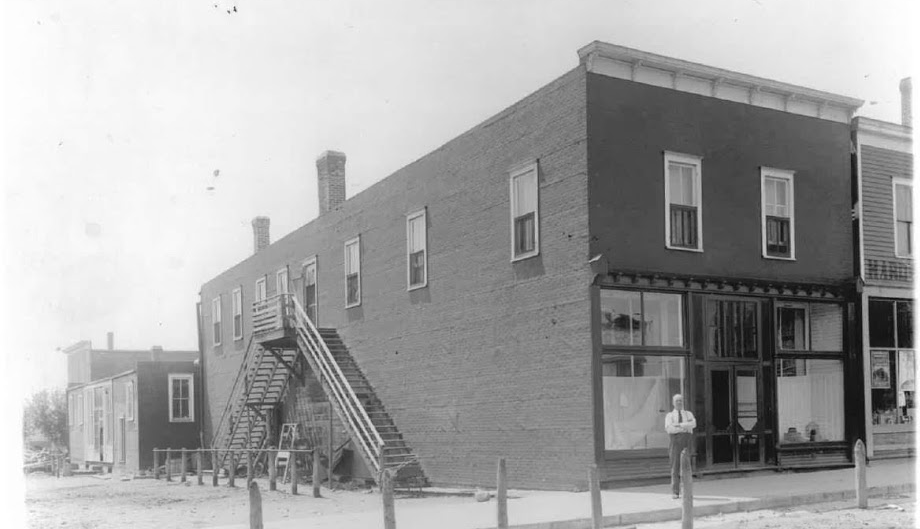 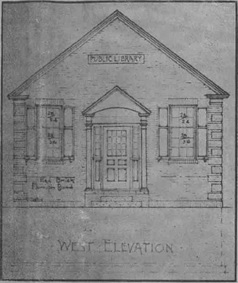 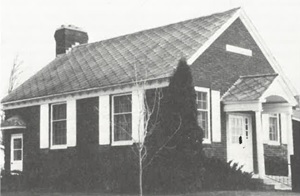 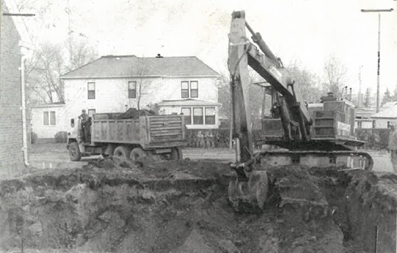 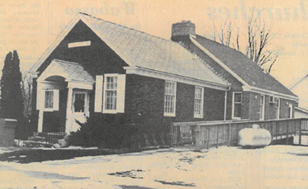 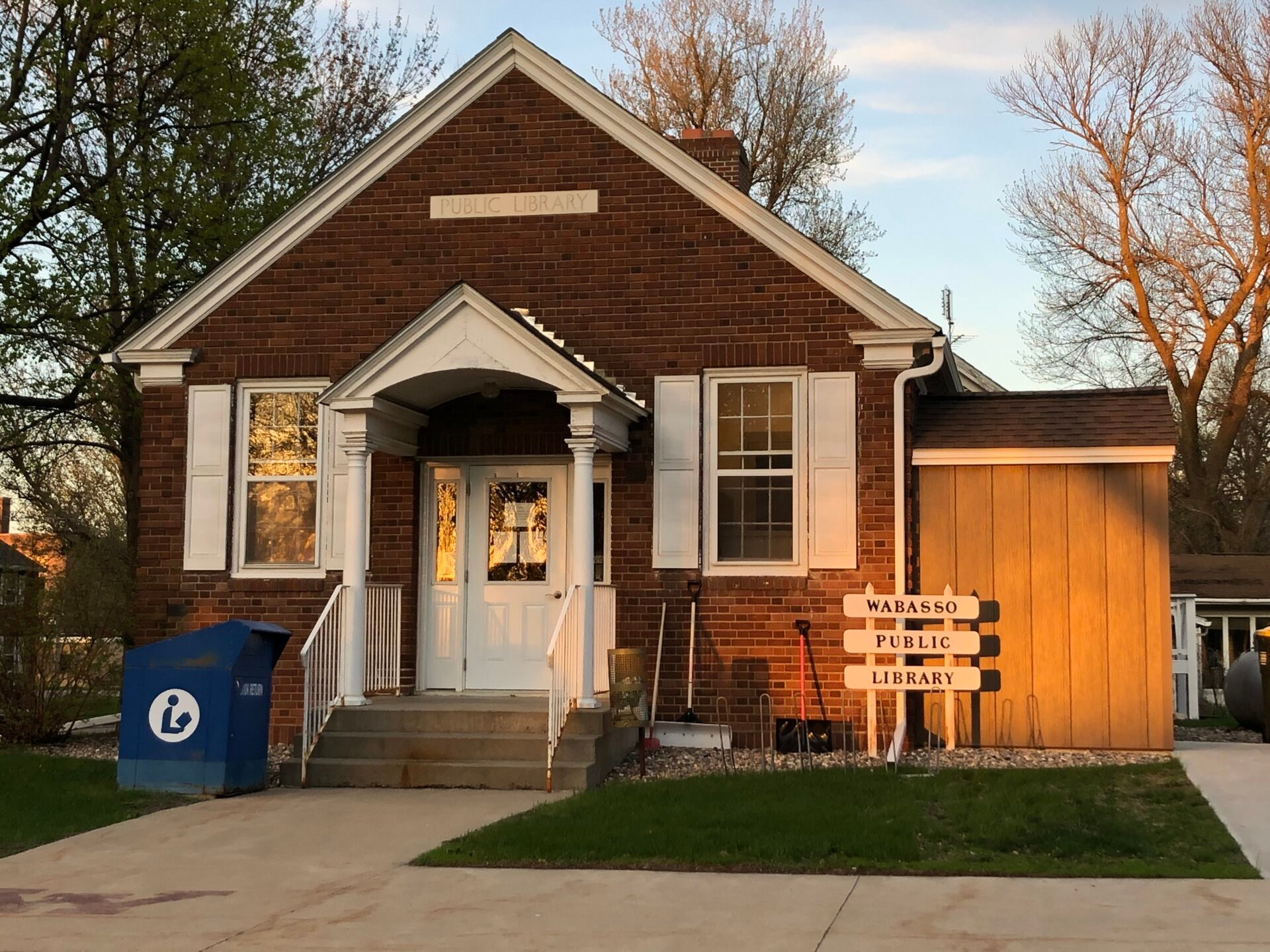 In 1932, as the Great Depression deepened, the Progress Club of Wabasso sponsored the renovation of the council room at the old City Hall, which was standing where the patio of the Roadhouse Bar & Grill stands today. The deal between the Progress Club and the Village of Wabasso was made on the condition that the Council room was refitted and redecorated with bookshelves so that the first public lending library in Wabasso could be housed there.

Many local citizens donated books from their private home collections, and new books were also purchased by the Progress Club to supplement the collection. On Saturday, April 23, 1932 the Wabasso Public Library opened its doors for the first time.

Over the course of the next 10 years, the Library continued to be sponsored by the Progress Club, and each member was scheduled to take turns supervising the library on the days it was open (Wednesdays and Saturdays). In 1935, the books were moved to the balcony of Leistikow's General Store on Main Street, which is where Salfer’s Food Center stands today. Usage of the Library grew, and when it became clear the library ‘project’ was turning into a desirable and permanent thing, the Village Council voted on a millage tax, which made it possible to hire a regular librarian in July 1940. That person, the first head librarian, was Dorothy Starken.

In the fall of 1941, it became known that philanthropist Charles O. Gilfillan was going to sponsor the construction of a new building for the Library. The site chosen was at the corner of North and Oak Streets. At that time, the site contained the abandoned fire hall, and the – for lack of a better term – village rock pile. In November, the structure was sold and moved, and a crew of 18 men, prodded by local spirit, pooled their efforts to removing the several tons of boulders that lay on the lot. The Franta Hardware & Garage Company, and Druck’s Service Station, donated tractor and trailer equipment to aid the endeavor.

With the site cleared, digging began in December 1941. Despite supply shortages because of WWII, the new brick and mortar building was completed in the fall of 1942. It was gifted to Wabasso by Gilfillan in memory of his mother, Fanny S. Gilfillan. The Wabasso Library Board of Trustees was established and appointed by the Village Council that same year.

The old library collection was moved into the building alongside with more new books, and the Wabasso Public Library reopened in its new building in November of 1942 with a collection of about 1,000 items. At that time, it was able to be open 5 days a week. Gilfillan also gifted an 80-acre tract of land, with the proceeds of the rent going directly towards the needs of the Library.

As was mentioned before, Dorothy Starken was the first head librarian. She began her job in 1940 when the Library was still located in Leistikows, oversaw its transition into the new building in 1942, and held the position of Director until resigning in 1960.

Mrs. Lorenz (Rachel) Kratzke was then voted in as head librarian. Kratzke had been substituting for Starken whenever she was away, and began offering Story Hour to children on a regular basis. Kratzke would resign in 1969.

Malanea Schueller became Director next. In 1974, the Plum Creek Library System was founded, and in 1979 the Wabasso Library joined. Suddenly the citizens of Wabasso had access to the collections of multiple libraries across seven other counties in southwest Minnesota.

In 1985, Schueller retired and Marilyn Daub became the Director. Daub would manage the most dramatic changes the Library has seen, and brought it from the 20th century into the 21st century.

In 1987, a Friends of the Library group was established for the primary functions of developing programs, promotion, and fundraising. In 1988, construction began on a new addition to the building that doubled its space. Through an enormous amount of fundraising, including securing donations from local organizations and many private donors, the new addition was completed by late 1989.

In 1996, the card catalog went digital with the purchase of the library’s first computer.  Dial-up Internet came soon after in 1997, along with the advent of a new service which we tend to underappreciate today: a public computer terminal. All during this time, new life was breathed into children’s programming efforts, and the Library enjoyed a rise in popularity. Eventually in 2012, the children’s department was expanded and moved to the basement. Construction was completed for a new hydraulic wheelchair lift in 2017.

Fresh off the heels of the flash floods of 2018, of which the Library was also affected, Marilyn Daub retired. Scott Sobocinski became the (current) Director as the basement renovations were being completed.

Today, the Wabasso Public Library contains far more than when it first opened. The collection now stands at approximately 16,000 items, for example. The Plum Creek Library System now has 26 member libraries, giving the average library patron access to over 650,000 items, not to mention thousands of eBooks, and scores of digital resources ranging from historical records to instructional videos on oil painting. The library also continues to offer a variety of programs for different age groups and interests, ranging from the recreational to the educational.