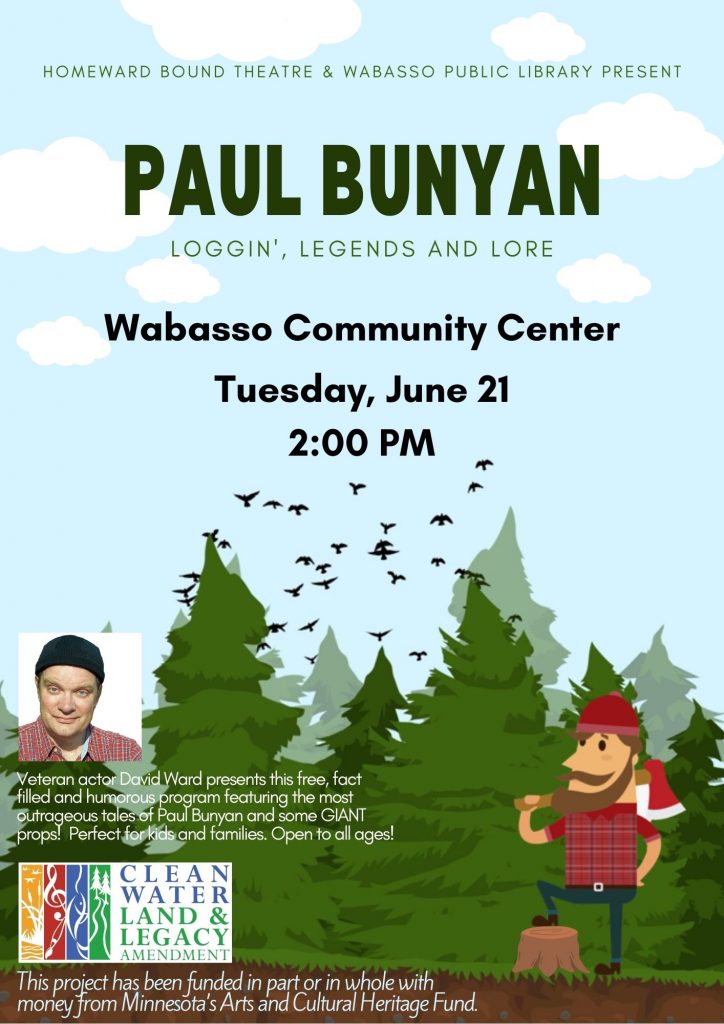 The program includes fast, fun, fact-filled, and outrageous tales from the Paul Bunyan legend. Ward recreates characters from Paul Bunyan’s era such as “Ole, the Big Swede” and “Hot Biscuit Slim,” the camp cook. Kids will love seeing giant recreations of some authentic Paul Bunyan artifacts such as Paul’s baby bottle, pacifier, and a giant mosquito from his famous tale of “The Giant Mosquitobees!” If they’re not careful, kids may also learn about the logging/lumber industry that helped to build many communities in the great state of Minnesota. Audiences of all ages will enjoy this program. Ward is an actor, director and writer. He created the Paul Bunyan show to introduce audience’s young and old to American folklore. Ward has been acting for over 20 years in Chicago and Minneapolis and internationally as an actor director for Paramount Parks Star Trek franchise.

Preschool aged children should be accompanied by an adult or responsible person.

This program is being funded in part or in whole with money from Minnesota’s Arts and Cultural Heritage Fund.